Motorcycle taxi services such as Angkas were suddenly allowed to operate at least temporarily after President Rodrigo Duterte and his former presidential aide stepped in the long-running disagreement between riders and the transport agency’s technical working group (TWG).

The Department of Transportation confirmed that the Motorcycle Taxi Pilot Study will continue, therefore allowing three motorcycle taxi providers Angkas, Move It and JoyRide to operate.

The TWG and the ride-hailing firms also reached a consensus on various issues including the pilot area coverage, rider cap and Angkas’ dropping of all court cases it filed against the TWG. Specific details were not yet revealed.

“We need to understand that if we go against each other, and if we do not cooperate, people who have malicious intentions and questionable agenda will be feasting on us. Let us show them that we can join hands— that we can cooperate and agree,” Transportation Secretary Arthur Tugade said.

COOPERATE AND AGREEYesterday, in the spirit of cooperation and unity, the Technical Working Group (TWG) on Motorcycle…

Posted by Department of Transportation – Philippines on Wednesday, January 22, 2020

Duterte’s hand in the matter

At a Senate hearing, Antonio Gardiola Jr., chair of the TWG and board member of the Land Transportation Franchising and Regulatory Board, announced the early termination of the pilot study on motorcycle taxis, thereby blocking Angkas from operating legally.

The testing period started in June last year and was supposed to end on March 23.

While the hearing was taking place, Sen. Bong Go, Duterte’s close collaborator, countered that the pilot study will continue.

He said this to reporters and Angkas riders who gathered in front of the Senate building that time.

Duterte only wanted the safety of the riders and the passengers, Go added, and hoped that the issue would be ironed out soon.

While the return of motorcycle taxis was welcomed by many, the turn of events raised eyebrows.

The DOTr and the Land Transportation Franchising and Regulatory Board had been placing hindrances to the operations of Angkas since 2018.

The agencies cited the provision on Republic Act 4136 or the Land Transportation and Traffic Code stating that motorcycles should not be used as a motor vehicle for hire.

Twitter user @ohnoitslars viewed the development as a form of public manipulation.

Step 1. Govt agency does something stupid that is scripted and planned

Another user @claudiopoy also shared how this can be viewed as good public relations for Go.

Public call this out, defends Angkas.

G/o stops this and becomes a hero. https://t.co/m9PIB8RtJ7

Go was previously alleged to be part of JoyRide, a ride-hailing firm introduced as a competitor to Angkas. The firm’s executives, however, denied Go’s ties with them.

Gardiola, meanwhile, laid the blame on Angkas, which has been filing appeals, for supposedly forcing their hand into making the recommendation.

The technical working group also recommended having Angkas blacklisted as a motorcycle taxi service provider because of their supposed violations.

In December 22 of last year, a large-scale gathering of thousands of bikers and transport groups was held in Quezon City to protest against the rider cap proposed by the technical working group.

It was also this time that JoyRide and Move It were introduced to promote competition in the industry. Angkas was before the lone professional player amid informal competition with “habal-habal” providers.

Based on TWG’s order, each firm should have a limit of 10,000 riders for Metro Manila and 3,000 each for Cebu. The order would force Angkas to let go of thousands of motorcycle riders tapped to provide taxi service.

JoyRide had also been heavily criticized by Angkas’ supporters online for allegedly being backed by a government official.

The families of Ralph Nubla Jr. and Bea Chua, who were JoyRide owners, denounced such accusations as “fake news.”

“I hope you’re looking for Senator Bong Go… Hindi po siya miyembro ng JoyRide and he has never been part of JoyRide. We would like to officially debunk that particular false or fake news that circulated,” JoyRide Philippines vice president for Corporate Affairs Noli Eala said.

Duterte is banning travelers from Hubei but province already on lockdown 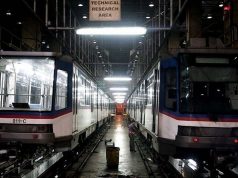 In her white gown, board passer attempts to beat heavy traffic and gains social media renown 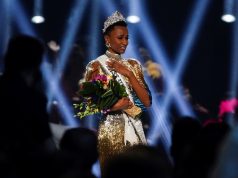